Wheelchair. The Research and Writing the Story. 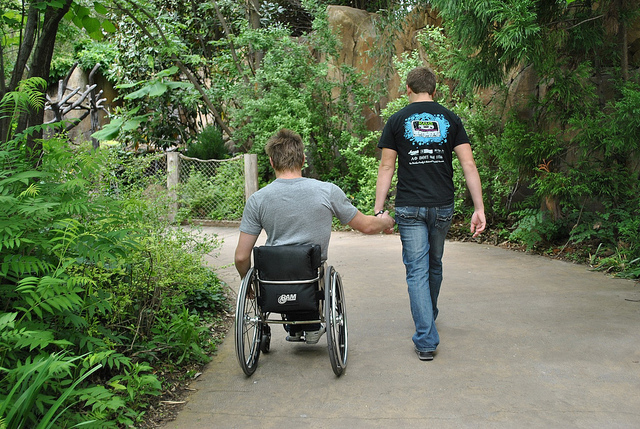 Wheelchair – the story behind the book.

Wheelchair was an unusual story for me to write on two counts. The first is that it’s my first contemporary novel, and secondly there’s a lot of undisguised personal history woven into the characters.

While the second thing isn’t that unusual, as most writers project parts of themselves into their books, some of the events of Simon’s, Obadiah’s and Marvin’s lives are indeed actual experiences of my own. I live with OCD and PTSD as a result of childhood abuse. It’s formed the man I am, and I’ve faced obstacles in everything I do and have done over the course of my life while trying to cope with the small frightened child that still jumps up in the back of my mind, just when I’m feeling good about myself, and scares the pants off me. However, I’m proud of who I’ve become and always think I’m one of the lucky ones to have been able to face my demons and even stare one or two of them down.

Writing parts of this story took a great deal of research before I even started. I interviewed 27 men, both virtually (the brave ones by voice chat or video chat), by email and even old-fashioned snail mail. I created a new email address specifically for the research and deactivated it once I had my responses, which have also been deleted. No names were ever given or asked for, although they knew mine, obviously.

I joined a chat group of gay boxers, another of gay wrestlers into humiliation play, and yet another formed of ex State policemen, Federal policemen, first responders and counsellors who were all either bisexual or gay.

Much of what I learned was too cathartic to use in the book, but I did discover quite a few common denominators, which I used to formulate my characters and their stories. The one thing in common was that men’s sexuality is fluid at the best, rarely defined into strict behaviours, but dependent on situation and levels of need, or sexual arousal. Some of the men who were into the most extreme forms of sex play also shared moments of tenderness and intimacy, what the general population might define as “vanilla”, romantic sexual activity.

I decided not to research heterosexual men with the same sexual psychopathologies, because I didn’t intend this book to be an explanation or to be a gay apologist narrative. The combination of same-sex attraction and arousal through sports, such as boxing and wrestling, is not as rare as might be believed. How it manifests itself in sexual roles is not always clear. Many times, interviewees have reported the need to be dominated sexually after winning the match or having subjugated their opponent. Power-bottoming seems also to be a theme, aggressive sexual behaviour and even self-harm while being penetrated is also quite frequent. One could make value judgments about the need to reinforce masculinity by hyped up testosterone acting out, but as I’m not a psychologist, it’s not my place to come to any conclusions.

However, I did try to weave some of those stories into the book. By far, the most difficult character arc was that of Obadiah, who was based on a number of men who reported having sex with other men when either being semi-inebriated to facilitate their activities, or adhering to strict rules about what they did. The new “no-homo” tag is alive and kicking in suburbia. I was astonished at the number of men, especially in the police force/first responder group, who informed me that before officially deciding on their sexuality, they’d engage in fairly no-holds barred sexual activity with either mates, or in pick up places, as long as there was no kissing—something most of them defined as crossing the line. Two senior policemen in particular were very fond of taking on all comers with their faces covered in parks at night-time. I found the risky behaviour almost unbelievable and may have dismissed the first interviewee’s report as fanciful, had it not been a recurring theme from others.

Among the boxing/wrestling crowd there was another common theme: voyeurism and exhibitionism. Rarely were the boxing matches or wrestling engagements in private between two people. There was often public sexual behaviour for onlookers who were quite frequently encouraged to either participate or form groups of their own after the matches. A large proportion of those who boxed or wrestled were also into wearing Lycra underneath their business suits or work clothes and collected used jock straps, wrestling singlets and boxing shorts, which are sold for large amounts in private chat rooms.

The universal theme among all those I interviewed was the need for intimacy. Many of the men either had regular partners—who oddly enough did not share the same fetishes—or they wished for an emotional relationship. I was quite often moved to read about or hear about the moments of connection once the fighting and the fucking was over. Frequently there were descriptions of intimate physical touching, stroking, kissing and even what we might label as “love talk”, even between relative strangers.

I tried not to reach any conclusions while writing this story. My main aim was to depict the struggles of the daily life of someone like Simon, who suffers from OCD driven anxiety. He’s not an extreme example, but fairly typical of many people who try to manage their life, day by day, minute by minute, negotiating compulsive behaviours, yet continuing to hold full time jobs and lead fulfilling lives. There are others of course who are imprisoned within their compulsions.

Every single man with a fetish had something we might describe as a need to “scratch the itch”. In every case, the men mentioned they couldn’t function easily without assuaging the “need” when it came upon them. Since the internet, clubs and meetings have been easier to arrange. However, some of the older men told amusing stories of networking through gyms, fitness clubs, body-building societies and other places ex-servicemen and former policemen met. It’s also to those place that the “civilian” members of society gravitated to meet others of the same ilk and hopefully find an outlet for their needs.

Not one man I corresponded with, or spoke to, thought their activities were at all strange or unusual, no matter far along the spectrum of humiliation play, or beating, or fighting, or other rough and tumbles. About half the contingent did not identify as being members of the gay community; they simply saw themselves as “blokes” (mostly the word they used) who simply liked to get down and dirty with other “blokes”.

Only two respondents revealed there’d been some childhood incident(s) which had triggered the need for humiliation, but neither had been prepared to discuss what those events were, neither did I press the issue. Most of the rest of them, who were prepared to answer the question either gave a “I dunno” or prevaricated with their answer.

I do hope you enjoy the underlying story of Simon, both from the chapters written in first person point of view as the narrative of how he feels and goes about his life, and also from those close to him, in alternate chapters, written from their perspective to illustrate how they see him and his behaviours.

We who suffer from OCD and PTSD often feel our actions and motivations are misunderstood. Perhaps this story is a novel in which I’ve been able to show both sides of the story. As Simon says, talking about his take on intimate relationships, right at the end of the book:

No doubt it wasn’t everyone’s idea of what a relationship should be. But I wasn’t everybody, neither was Obadiah or Dixie nor was anyone else—if I’d learned one thing, that was it.

Love, whatever that was, came in many shapes, forms, and colours

I hope you enjoy this challenging book.