THE SEVENTH OF DECEMBER – discrimination during WW2 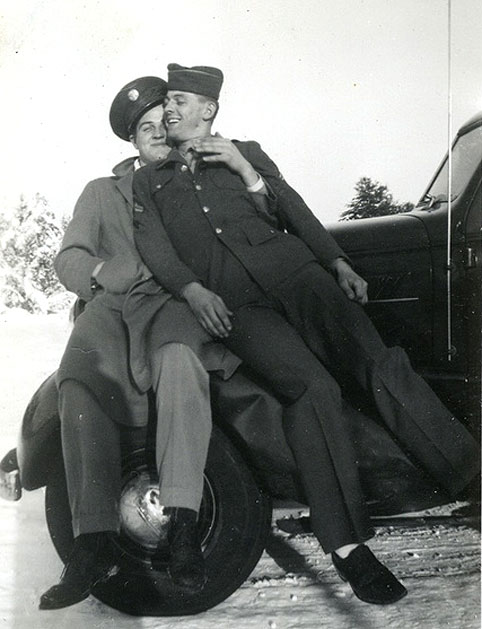 As a result, and with the expectation that mobilisation and a call to enlist would happen shortly, the powers that be decided they’d re-examine what they’d learned from American involvement in the Great War of 1914-1918, especially with the view of of discovering who the ideal recruit might be.

Oddly enough, one of the largest areas of casualties during the First World War, along with the incidences of venereal diseases, were men who suffered from shell shock, or what we now call PTSD. Psychiatrist expertise was engaged before writing the new recruitment guidelines to decide on which psychopathologies might render a soldier unfit to fight.

Many different opinions were sought from expert psychologists, which were then collected and studied by unqualified men in the military who were mostly victims of the morals of their age. Much like today, who one seemed to be was far more important than who one was. So, embracing unpopular public opinions was not an option for those in charge of deciding who was fight to fight and who was not.

Despite the report written by one of the most influential experts in the field, Harry Stack Sullivan, in which he wrote that colour and sexuality should not be a bar for acceptance into the military, neither of these notions were popular at the time. Unfortunately for Harry, (who although married, also kept a male lover, Jimmy Inscoe, who he adopted and called “the hooker who came to stay”) the joining of the explosive word “colour” to that of sexuality, was a powder keg waiting to explode in the America of the time, which still embraced segregation and aggressively victimised those who were not Anglo whites, and who classed gay men as sexual “deviants” or degenerates. Dictates often passed down upon others by gay men in positions of power, anxious to preserve the idea their own morals were above reproach. Sound familiar?

In early 1942, expanded sections of the revision of the U.S. Army mobilisation regulations were written, which contained a new paragraph. One which had a devastating effect on gay men and their involvement in the military and which lingers to this day. It was written by the psychiatrist, Lawrence Kubie, and was entitled “Sexual Perversion”. It laid the foundation for the screening process of U.S. troops in all services for the rest of the war.  It was embedded in this official document:

Unlike other military services, like those of Great Britain and her colonies, in which the topic of sexuality was never broached during examinations for the suitability of induction, the recommendations by Kubie basically gave permission for witch hunts to take place both in the examination room, and then later on in the field by Military Police, on the grounds that gay men, because of their sexual deviance, were not fit to be members of the armed forces; especially not in the theatre of war.

When the American forces arrived in Britain in their hundreds of thousands, persecution of gay men by M.P.s, and disapproving officers came with them. Most of the offenses on Great Britain’s soil, which involved servicemen of other nations or British civilians, came as a result of a discovered sexual liaison with an American serviceman.

Of course, many American men learned how to avoid penetrating questions during the assessment procedure, and to give vague answers that did not reveal their sexual identity. Q: “Do you like girls?” A: “Yes.” All men had female friends, so there was no lie in the response, merely an evasion. Some doctors refused to be part of the witch hunt and glossed over the questions. Yet other doctors with personal agenda ruined many gay men’s lives, not only deeming them unfit for service, but passing the information on to authorities.

The bleed effect of this nasty piece of ignorant writing in the 1942 act had a long term effect. It carried over in the forms of aggressive and intrusive witch hunting of gay men during and after the war, the persecution of homosexuals during the McCarthy investigations, and eventually, even in Great Britain and her colonies, which had no previous prehistory of it, in the form of entrapment in places where gay men met.

There are many detailed studies, and if you’d like to read more, I couldn’t recommend this book more highly: Coming Out Under Fire: The History of Gay Men and Women in World War II. Allan Bérubé. (NY: Free Press/Macmillan, 1990)

Despite the rigorous pre-selections in the United States as part of the medical and psychological assessment, and the active persecution in the field, countless gay men served their country with bravery and distinction.

I was lucky enough to grow up in the company of male and female couples who’d met during the war, and who’d braved the hostile environment of the 1950s to live together, love each other, and carry on their lives like the rest of their heterosexual counterparts. More discretely, but just as committed to being part of the society that surrounded them as everyone else.

The Seventh of December is the beginning of the exploration of one such relationship.