THE CIRCLE OF FRIENDS

by Garrick | Jun 28, 2019 | Australia's Son, The Boys of Bullaroo, The Cricketer's Arms, The Seventh of December 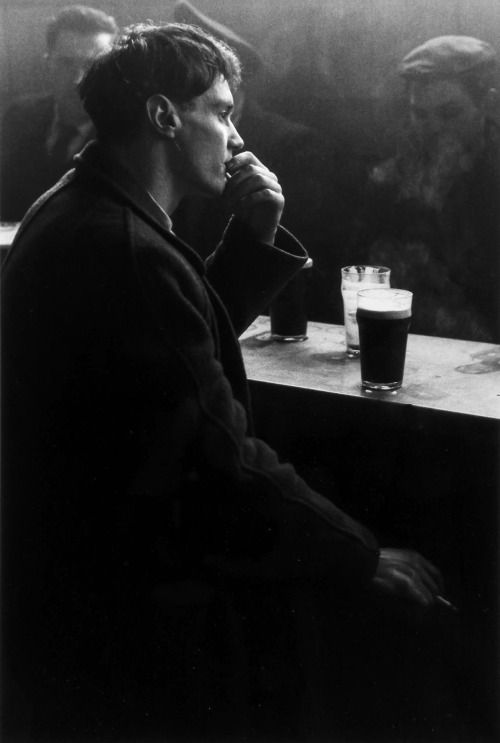 The Circle of Friends

Life for gay men in Sydney in the 1950s. A personal experience.

Caught up in the wake of McCarthyism in the USA, which spread worldwide in the West, anyone considered a non-conformist was punished by censure and marginalisation at the least, and imprisonment or execution at the worst. Communists, women who dared not return to the kitchen and child rearing after the war, trade unionists, and homosexual men were all deemed to be a threat to the fabric of civilisation.

Looking back from a distance of 60 years, it seems improbably and vaguely histrionic when couched in those terms. However, having lived through that period, and then through the social revolutions that followed, I can testify that life for many gay men was not always all doom and gloom. They could live their lives not only free from persecution and harassment, but also pursue the continuation of the friendships they’d formed with their comrades, either as participants or non-combatants in the global conflict that took up most of the previous decade. Our views of what it was like back then are formed by the propaganda at the time, painting the decade as one of repression, predation, blackmail, and persecution for every gay man.

Most people would look at the photo at the top of this post and imagine it to be representative of the life of a homosexual man during the 1950s. Lonely, isolated men, sitting in bars, hoping for the brief flicker of recognition from another equally lonely man leaning on the bar with his head down and occasionally glancing around the room; meetings in parks after dark, or in dimly-lit alleyways with the commonplace pick up line, “Have you got a light?”; frequenting public lavatories, performing acts in cubicles with the doors locked, or in parks at night, fumbling around in the bushes. For some men, this was their reality, and out of those men, a large number did not identify themselves as homosexuals. They were frequently married with families, who’d had experiences while overseas, and who occasionally “dabbled”, usually on the way home after the pubs closed at six o’clock. Men whose lives were usually conducted in a strict regime of self-control, and who only sometimes strayed off the narrow path of “normality”—whatever that is—and into dangerous situations when the urge to keep it in their pants gave way to temptation.  Although terrified, they often imperilled the very things they sought to protect—their families and their loved ones—by engaging in public, risky behaviour in places that the police, hoping for a quick arrest, lay in wait, ready to flash their badges. Plain clothes policemen were not unknown to arrest after they’d already had sex with the victim. This is not urban myth—the same thing happened to many female prostitutes working the streets.

That’s not to say that some gay men didn’t also find the frisson of danger impossible to resist. However, they’d spent their lives learning to have two personae—the public face, and the private face. They were as a rule more careful, and more cautious.

While homosexual acts, whether in public or in private, consensual or non-consensual were illegal right through the 1950s, several court cases led to a change in the practices of entrapment and false accusations by the NSW police. Some brave gay men, fed up with the world they’d returned to, refused to be fitted up by the coppers. The first of these major legal protests occurred in 1953 when a judge visited a public lavatory in which it was alleged the suspect had exposed himself, and then dismissed the case because he noted it was too dark for anything to be seen, and the angles at which the exposure were supposedly viewed from prevented any such glimpse of the man’s penis or what he was accused of doing with it.

Our laws, in Australia, are based on legal precedent, and the police commissioner actually lamented the fact that the defendant had won the case, as his major weapon against perverts, entrapment without evidence, was no longer quite so viable an option. Shortly after this, another man won a case of “verballing”; a police officer reporting a confession, again with no supporting evidence, and the said policeman being the solitary witness to the so-called confession. It was the beginning of a slow change in how law enforcement was compelled to modify its tactics.

However, it’s worth noting that entrapment and verballing in other states, like Victoria, continued well into the 1980s.

“And how ya gonna keep ’em down on the farm
After they’ve seen Paris?”

These were the lyrics of a popular song, published in 1919, just after the Great War. Even back then, it had layers of meaning. The secondary layer was about small town young men, innocent and naïve before leaving the United States, returning home after discovering brothels and sex while serving in France. However, the nuanced meaning in the gay world, also relevant after the Second World War, referred to the number of men who discovered sharing a bed, a bush shower, or a tent together “over there” could lead to more than just talk about sex.

I met many, many such ex-servicemen, who, having discovered those same activities during the Second World War returned to with an itch to scratch. If they weren’t prepared to risk a solitary drink in a well-known watering hole  in the vain hope of meeting men of the same persuasion, wander through the parks and alley ways at night, or risk a quick flash and a grope at a urinal, where were they to go?

The Circle of Friends, my godfather used to call it.

My godfather met his lover of 60 years at Rainbow Corner in 1942 in the middle of World War 2. “Charlie”, a handsome American pilot, moved here with him after the war was over and they set up a home together in a large apartment in the centre of the city, overlooking the Botanical gardens. It became the refuge and meeting place for many ex-servicemen who were either gay, or who “dabbled”. The parties and cocktail hours were incredibly laid back, filled with laughter and frequented by famous musicians, sportsmen, businessmen, and even, yes, politicians.

As a neglected child, I was often entrusted to my godfather and Charlie when my mother decided she’d go off on an all weekend bender—something she sadly did at least twice a month. She said didn’t like me to see her drunk. It was an excuse; I knew it even at a young age. She knew full well that she was sending me off with a pair of homosexuals, but didn’t really care; she wanted to pretend she had no encumbrances, and be able to bring men home. Sorry, getting a bit angry here and that’s not the point of this post. But not once, from the age of six to sixteen, did one of those men ever make a pass at me, or do anything inappropriate in my company. In fact, I made many friends—surrogate fathers and uncles—who included me in their party for tennis matches, as a member in their hiking trips in the Blue Mountains, or as part of their group at beach picnics. They treated me like an adult and always included me in their conversations. I was glad to get away from a home of neglect and abuse and enter into a world of convivial company of both men and women who treated me with kindness.

It wasn’t until I was about eleven or twelve that I eventually twigged what was going on. I had no idea all of these dozens and dozens of men and women I’d met over the years were all gay. I knew some of them were, of course, but the premier grade rugby player, the Blackwell Cup tennis player, the Olympic swimmer, were all gay too? I just thought they were just regular men and women who were hanging out with their mates and meeting new friends, courtesy of my godfather’s hospitality.

When I eventually recognised my own sexuality, the sense of its normalcy gave me a head start—I already knew by that time guys who did it with other guys were just like any other man you might meet in the street. The Circle of Friends played no part in my own gayness, nor did it influence me. What it did do was to normalise my acceptance of my own homosexuality. I never felt ashamed of being gay, or felt I had to hate myself because I was different.

Once I moved overseas in my early twenties, I discovered my godfather’s little meeting group was one of many all over Sydney, the country, and the rest of the world. The all-men’s weekend hockey matches of my childhood played friendlies against other teams from similar Circles; there was even a citywide tennis cup competition, and bi-annual swimming carnivals. No one wore rainbow patches as they might do today, but they were mostly gay men and women nonetheless. Rules were strict; no sex at parties, and at all male gatherings, women always included. It was mainly to avoid the possibility of a police raid with everyone charged with “consorting at a house of ill-repute”. One of those women was one of my mother’s sisters, my aunt, who always had her Canadian born lover Lillian on her arm. Odd, isn’t it, that parties of women were never required to have a token male or two…

The Circles of Friends grew thinner in the late ’60s when clubs, wine bars, and other social venues started to spring up. Men were still circumspect, but police had better things to do with their time—in my State, anyway. The Dugout Bar, under the Hilton in Sydney and the Marble Bar in the Adams Hotel, were the start of the proliferation of gay venues in Sydney, which flourished with the enormous numbers of American servicemen here on R&R during the Vietnam conflict. The Yanks weren’t as decorous as we Aussies, and there seemed to be a multitude of gay American soldiers, sailors, and marines out and about. I remember one party when…

Oh well, that’s another story for another time. The two pictures below are more like what went on behind the scenes. Unlike the photo at the top of this blog, they show men socialising at private clubs, dressed up to the nines and out to dinner at expensive restaurants, or on beach outings and a picnic on the grass, followed by a swim in the sea.

It was in those Circles of Friends that many men met their life-long companions. Networking through trust was how men met each other back then, not by swiping to the left or right. 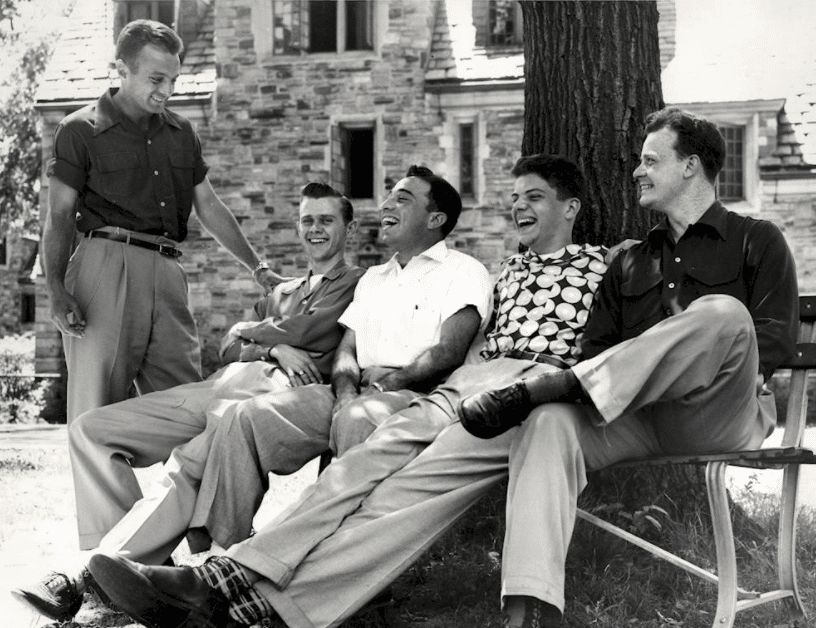 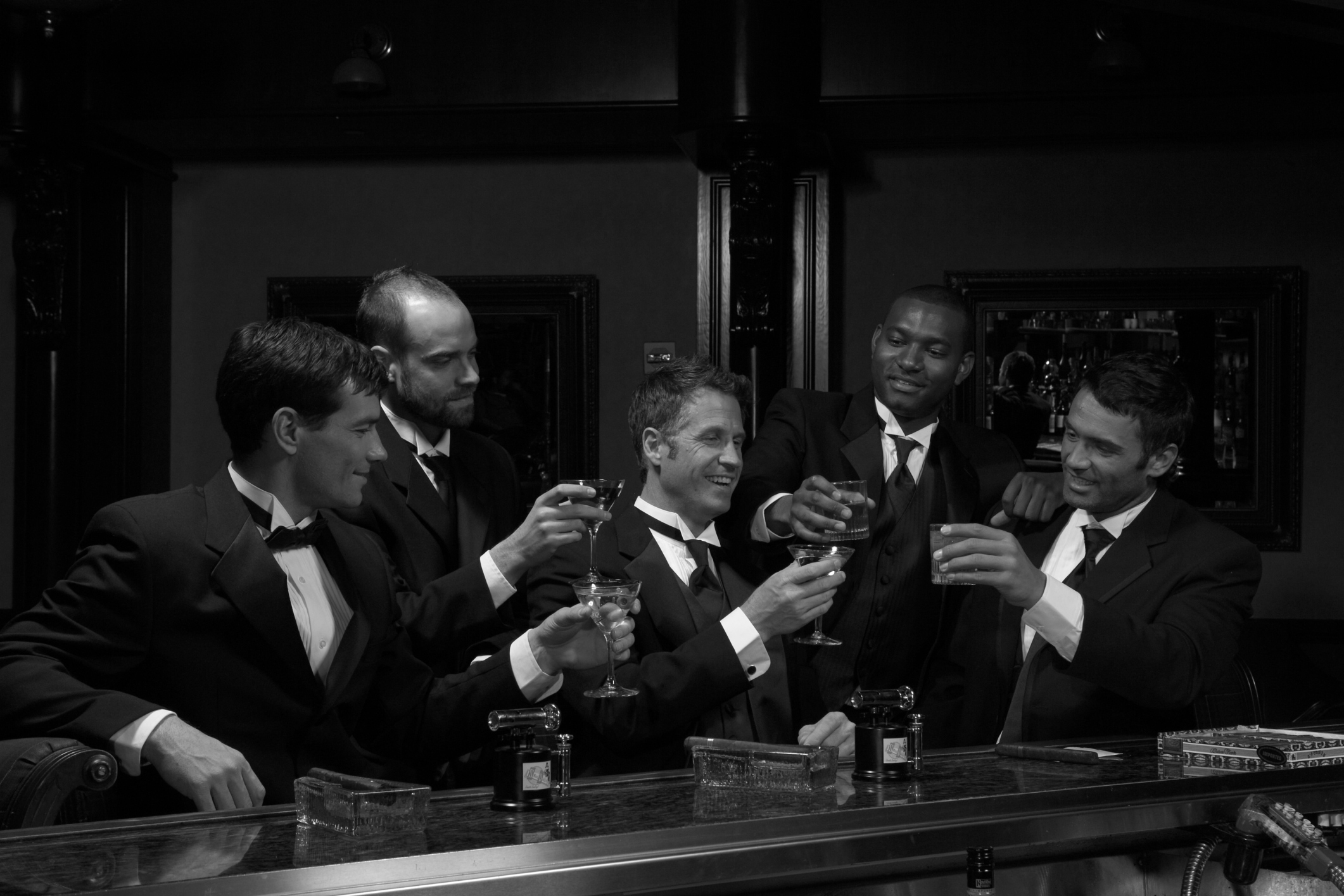