by Garrick | Mar 1, 2020 | Australia's Son, Author notes, The Boys of Bullaroo, The Cricketer's Arms, The Seventh of December 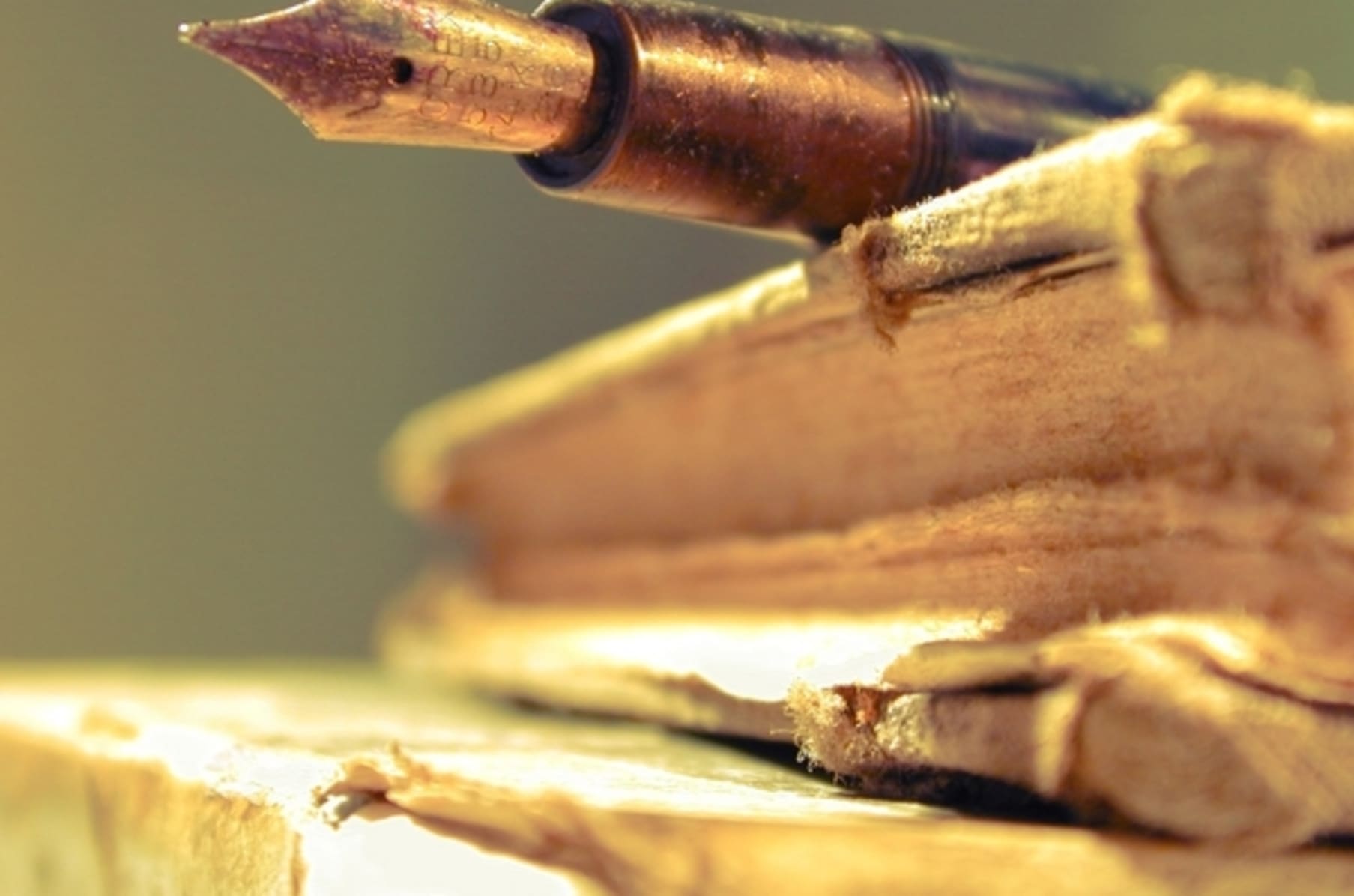 One of the hardest things, after crafting a story, is getting the voice right for the period in which you’re writing. It has to be authentic, right? But yet it also has to be readable. One doesn’t want the reader to trip over sentence constructions that are, to modern ears, over-complex and require interpreting—it pulls us out of the story.

On the other hand, we don’t want to stray into anachronistic vocabulary or the speech patterns of a contemporary novel. So how does one start? For anything written after about 1930, there’s a wealth of film and sound archives. Historians also roamed the world recording the voices and speech patterns of local dialects, many of which have been archived. Recorded speeches and interviews with mums and dads all over the place have been kept for posterity, as well as their diaries and most importantly, their personal letters. Formal letters give little away as a reference to “popular speech” (the way you and I talk to our friends).

Some formality of letter writing still existed right up until the early 1970s, but it’s intimate letters, correspondence between mothers and their children, letters home from the war to sweethearts, gossipy letters to a relative who may have moved away to another town or village that give us the greatest insights into how people spoke.

Victorian English, on the whole, is totally comprehensible to anyone with a fairly decent vocabulary who has read Dickens, Walter Scott, Trollope, Wilkie Collins or Robert Louis Stevenson. The modern reader can readily accept that the voice in the books reflects the spoken English of the time—whether that’s true or not.

However, we only have to shift back a hundred years to the eighteenth century and the grammar and sentence construction can make us stop in our tracks, examine what we’ve read and re-interpret it into language we can understand.

Most good authors write with the flavour of the period, rather than trying to imitate the exact writing style that was contemporary at the time the book was written. If one reads Mary Renault for example, she doesn’t try to write with ancient Greek or Cretan syntax or construction—we’d all agree that would be a futile exercise as no one would understand a word—she evokes the period by plunging the reader in the time in which the story is set. I’ve read so many novels set in pre 1830 periods that have been a trial to wade through because of attempts to reconstruct the speech, rather than immersing us in what’s actually happening. What’s the worst sin in those cases, in my opinion, are large tracts of speech written out in an approximation of the dialect. It might be all right for a sentence or two, scattered throughout the chapter, but when one or two people discuss important information that’s written in a dialect, it becomes tiresome to read and sometimes impossible to follow.

For example, let’s have a look at Pygmalion by George Bernard Shaw where Eliza chastises Freddy’s mother:

It’s not hard to decipher with a bit of patience, but imagine pages of dialogue written like this. I’m sure I wouldn’t be the only one who’d give up after a while. Sometimes, it’s enough to write one or two sentences in written-out dialect and then mention that the characters continue to speak in that manner.

Of course, apart from language, there are rules of etiquette, ways of addressing people from different social classes, clothing, food, daily life that must be observed, otherwise some eagle eyed person will no doubt either tell you to your face (or write in a review) that your mention of service à la Russe could not have happened in your novel set in provincial France in the mid-eighteenth century, or the French revolutionary aristocrat could not have retrieved her jewellery box from the top of the wardrobe, because sleeves were so tight that women couldn’t lift their arms above their heads.

There needs to be a mention of women in history. Too often I read about feisty young ladies striding out the front door and making a life for themselves. Yes, it happened, but at a cost. It’s not too long ago that wives and daughters were the chattel of the male head of the household. They had no autonomy on bigger things. No income apart from what their father/husband allowed them. They weren’t allowed to go out in public unaccompanied, nor talk to someone of the opposite sex (unless that man was older and a friend of their father/husband) without a chaperone or a servant in attendance.

Servants? That’s another minefield. Before the Great War (1914-1918) every middle-class household had at least one domestic servant. The more wealthy, or higher classed the family, the more servants—running into the hundreds in some Ducal households. Each servant had a role. Researching the middle to late Victorian household and the duties of its staff is relatively easy: Mrs. Beeton has explicit instructions to the lady of the house on how she should manage her domestic servants. In larger households, that role fell to housekeepers and butlers. There were wars between the staff members about their roles, many of which included tasks that we would not consider privileges, but to them, each laboursome task defined their territory and their standing both with their peers and with their masters.

Can I mention swimming here? Very few people learned how to swim. If lady or gentleman fell into deep water from a bridge in the time I just mentioned, the late 1800s, the weight of his sodden suit, or her masses of petticoats would have made even floundering about a very short affair. Ah, another thing: people rarely bathed. Personal hygiene is not as we know it today. Flush toilets and dedicated bathroom are mostly things that became common during the nineteenth century. How easy it is to forget that most middle-class Britishers were only introduced to the flush toilet by its appearance at the Great Exhibition of 1851, when they were installed in public conveniences, the price for the use of which was one penny. Hence the term “to spend a penny”.

Who spoke first to whom and how they addressed the person they were speaking to cannot be over-emphasised. There are rules of precedence as well (who entered the room before whom) is very important if you’re writing about the aristocracy, as well as getting their titles correct. One doesn’t call the ruling monarch “Your Grace” after Henry VIII, when that form of address transitioned to archbishops and Dukes in the United Kingdom.

Country is also important. One can’t call a Viscount by his title in France in the same way as one would in Great Britain. In the United Kingdom, a journalist or a member of the public might address David Armstrong-Jones, the 2nd Earl of Snowdon as either Viscount Linley or sir; however, an acquaintance of equal or higher rank might simply call him Linley. In my French example, France it would usually be common to address Alexandre de Beauharnais as “Monsieur Le Vicomte”. It’s difficult not to get your royalties mixed up between your countries and eras. I know it’s complicated, but there are resources and I’ve spent more time than I’d care to mention researching and then writing to experts in the field to make sure I got it right.

I have a mass of emails with the Palace and the Royal Collection, correspondence with auction houses, department stores, libraries, bookshops, not to mention the major museums, all of whom have been not only happy to read my requests, but have been enthusiastic with their replies. Archivists are often delighted to meet a member of the public who’s passionate about their own areas of interest. When researching the sequel to The Seventh of December, I chose an address in Marylebone, checked its occupants online, and then wrote to the firm of architects who occupied part of the building. Not only were they very happy to write to me about the history of the building, but they also send me a set of blueprints both before and after its restoration. How wonderful was that?!

One of my greatest peeves is reading an “historical” novel that is set in a period I’ve lived through myself and where the author gets the details wrong. I was recently congratulated about the accuracy of my research on the 1950s in Australia. Guess what? I grew up and became a teenager in that era and wrote about things I knew from firsthand experience. There are lots of us for whom the 1950s, 60s, 70s and 80s are not history, but memories.

When I started work on my war series, “The Seventh of December”, I was lucky enough to still have relatives alive who lived through the war, a godfather who was working in London during the Blitz, and had enough get-up-and-go to make contact through various organisations with gay men who’d lived and fought in the second world war. Sadly, only eight years since, all have passed away. I still have a shoe box of letters and a few journals that I’ll donate to some Rainbow historical organisation when I pass on, but it was the interviews with those men and women that were the most valuable.

Whenever I’ve written about a period that’s still in someone’s memory, I’ve checked with them. I can assure you, from first-hand experience the rebuffs were far outweighed by the happiness it gave many people to share their lives and what happened to them.

Writing about history and bringing people’s lives onto the page in an era before that in which we live ourselves is a journey through life that, despite the changes in clothing, manners, technology, education and so forth, reminds us that no matter when people lived they felt the same things, loved in the same way, and the cycle of life continues as is has done for millennia.