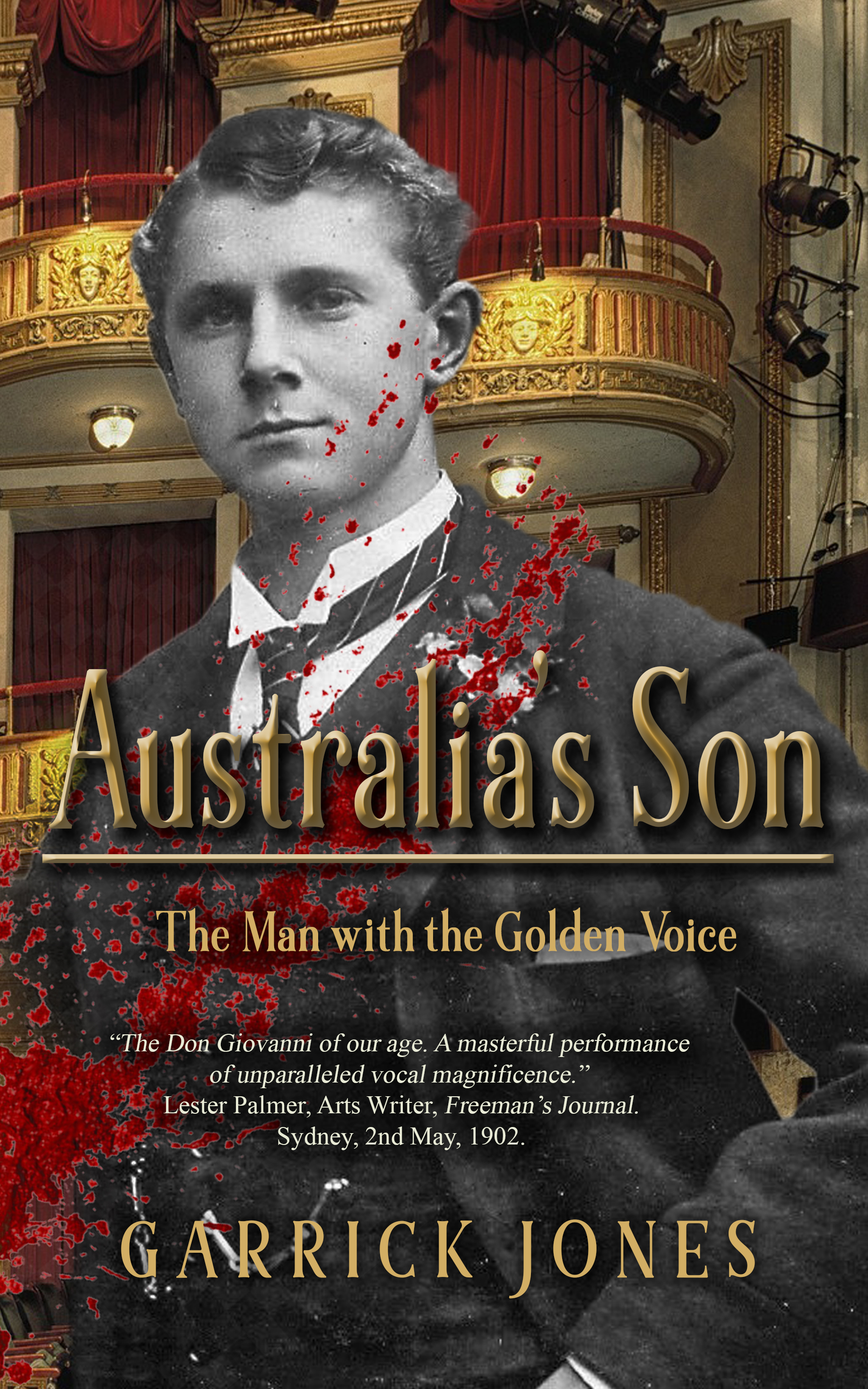 “Six deaths, if we include his, my father’s, and Fabrice’s, Andy,” I whispered. “All because of a simple, insignificant error of judgement—Fabrice Evans just gave the wrong address to a madman.”

A wrongly delivered letter sparks a chain of events that threaten the life of Edward Murray, “Australia’s Son”, the most renowned operatic baritone of his day.

It is 1902, and Edward has just returned to the Metropole Hotel after a performance of La Bohème at the Theatre Royal in Sydney, when the manager phones his apartment to tell him the police have arrived with bad news.

Edward, and his vaudeville performer brother, Theodore, are shocked to hear that Edward’s dresser, the brothers’ oldest friend from childhood, has been found dead, stabbed in the back, in Edward’s recently vacated dressing room.

Following a sequence of gruesome killings, Edward and the detective assigned to protect him, Chief Constable Andrew Bolton, are lured into a trap by a man whose agenda is not only personal, but driven by a deranged mind.

The silver lining for Edward during these grisly events is the smell of tar and honey, and the promise of a special friendship with the man tasked with keeping him out of harm’s way.

Set around the theatre world of early Edwardian Sydney, the story is steeped in the world of class divides, of music and the theatre, and what it was to be a performer at the turn of the twentieth century. Its themes of murder, treachery and foul play, are ofttimes confronting, but the story is linked throughout by Edward Murray, the man with the golden voice, whose overarching belief is that even in the darkest of times, a sliver of light can mean that hope is at hand.

Excerpts from the full review, which can be found on Amazon

“Garrick Jones’s splendid “Australia’s Son” manages to do three things: it offers us a deep dive into the life of theater and musical artists at the turn of the 20th century; it provides us with insight into what it meant to be a gay man 120 years ago; and it offers us remarkable mental visuals of what Sydney, Australia was like in the early days of Edward VII’s reign. In short, it’s amazing.

Oh, it’s a gripping, page-turning, and action-packed murder mystery as well, complete with hair-raising suspense and a shocking twist.

….. It is all a beautiful fantasy, like every historical novel about same-sex love must be. How fortunate we are that such a gifted writer tackled this task and has given us such treasure.”

Excerpts from the full review, which can be found on Amazon.

“Humorous back-stage banter and telling remarks about opera are abruptly interrupted by particulars of a shocking murder in Australian author Garrison Jones’ latest thriller, AUSTRALIA’S SON: THE MAN WITH THE GOLDEN VOICE (2019, 326 pp)

….. For a person who did not take up writing until he retired from a thirty-year career on the stage, AUSTRALIA’S SON is a stunning work of confidence and accomplishment. Clearly, Garrick Jones is a man capable of growing, limitless, genuine artistry and creativity regardless of his chosen artistic outlet. For readers who enjoy a mesmerizing, character-driven mystery-thriller with a multitude of riches, they need look no further than to AUSTRALIA’S SON: THE MAN WITH THE GOLDEN VOICE.”